They’re just a handful remaining, in two little areas on the side of the Nemi’s volcano crater lake, suburbs of Rome.

An ancient background in floriculture made Nemi’s village renowned across the country. Nevertheless the tradition is today going to get into oblivion for a number of concurrent reasons: lack of manpower, the economic default, the changeover into exotic kiwi fruit cultures and the introduction of the farm holidays business. A radical and irreversible erasure of the traditional peasant background of this place is in act.

Despite all the changes in act, the daily work of two of the last Nemi’s floriculturists, Emilio and his father, doesn’t stop. 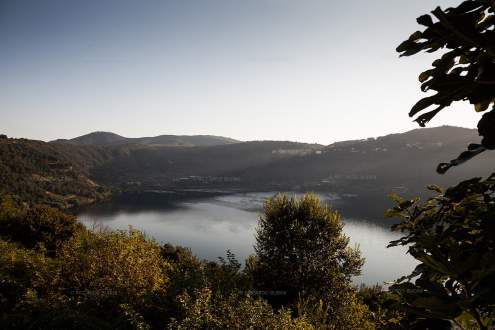 Nemi and it’s dead volcano basin in the early morning. The ridges have protected in time this difficult-to-access little world apart. Ancient Romans built here sophisticated hydraulic systems, structures and temples which ruins now lie down a dense vegetation. They also built two tall ships used by the emperor as a water house during his time off. 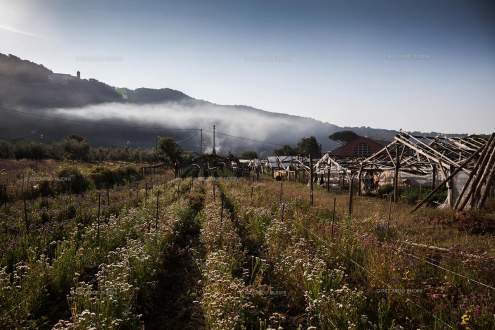 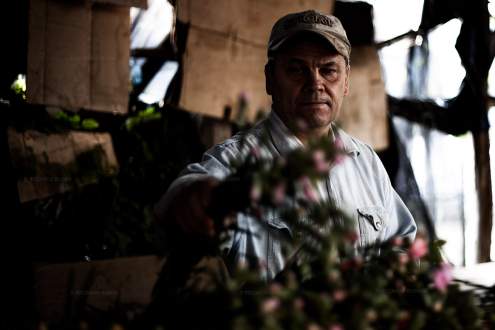 Emilio is the bearing element of the entire farm. He is the last heir of the ancient Nemi’s floriculture 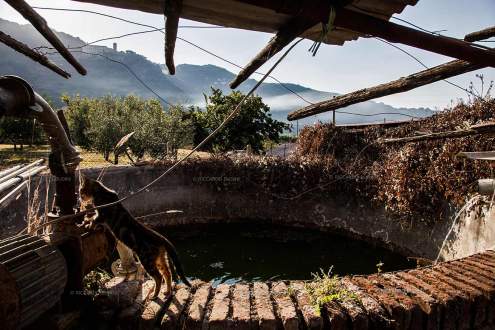 The entire farm is fed by this well that sucks the water from the lake and then pumps it towards the flower fields for the necessary irrigation. Due to the closed shape of the crater basin, the water, once used, naturally drains back to the lake, preserving the right level of the lake banks. 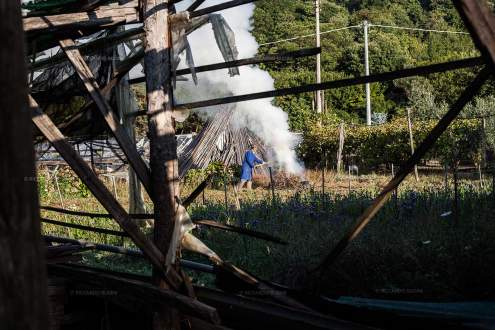 Greenhouses are being dismantled and burned. The area will be freed and converted for other activities. They were made of simple components, pipes as bearing elements, beams and timber joists, plastic sheets. 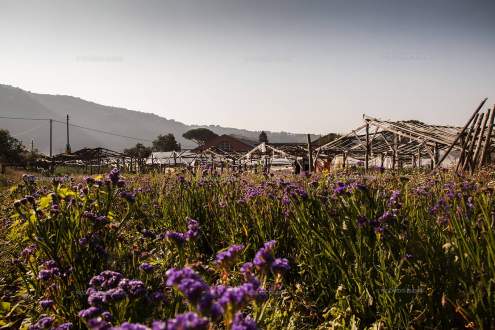 Flowers ready for harvesting in late September. These will be dried later.

Emilio’s father gathers joists from the abandoned and crumbling greenhouses. As he says, they’re only good for the fireplace, next winter. 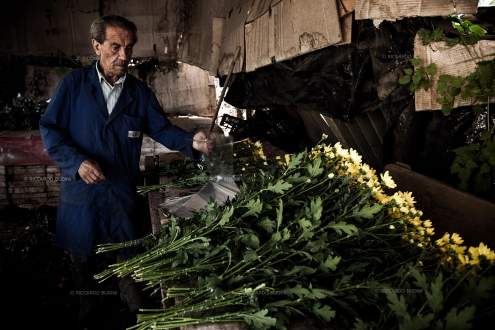 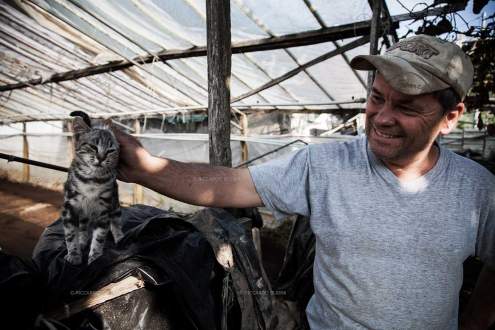 It’s 10 am and the daily work is almost done. Emilio takes a break and plays with one of their kitties. During the hot days of the summer, the activities must be carried out and completed in the early morning. 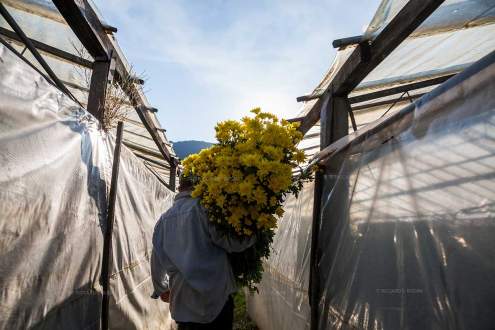 The harvesting: Emilio just picked up a bunch of asters and brings it to the shack where they pack them into smaller buquets. 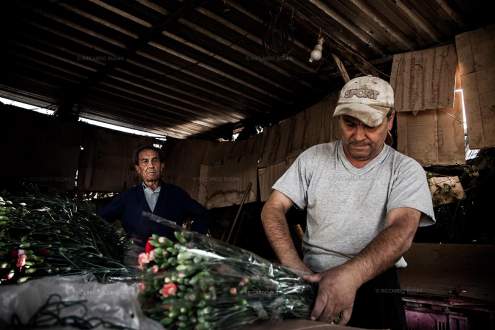 Father and son. The last step of the workflow is the packaging of the bouquets, ready for the distribution. 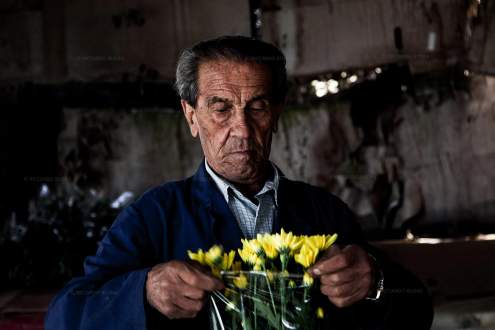 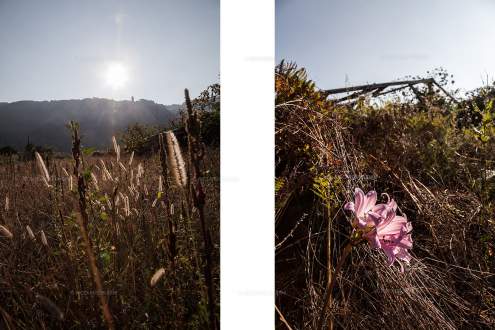 Uncultivated fields, where in the past the flowers were growing up. 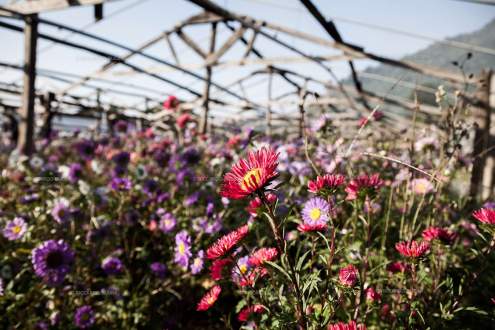 Asters just opened and spread their petals under the first morning lights. At the base of crater the sun rises quite late over the ridges. These flowers are cultivated in open air, the greenhouses in the background are dismissed. 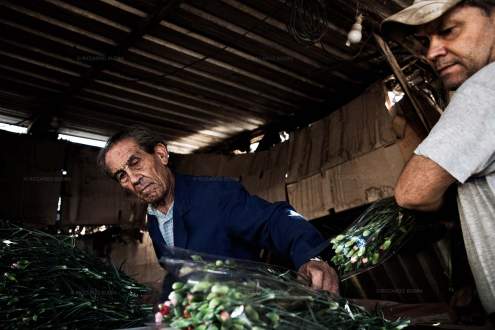 Father and son. Close inspection before the final shipping of the bouquets. 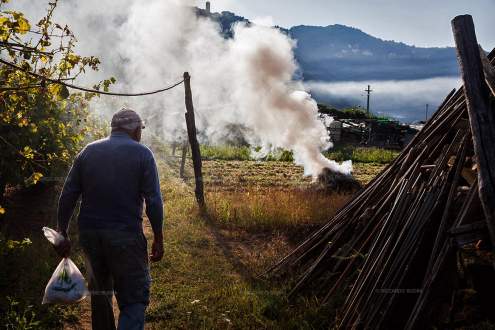 Gennarino already quit cultivating flowers. “flowers are one the first good penalized by the recent economic default, they’re selling now only for funerals and brides, not enough to guarantee my own living.” – he says. Now Gennarino converted his flower field into a vegetable garden. On the right, what remains of the greenhouses. 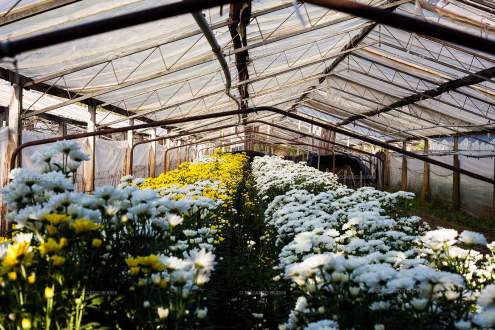 The chrysanthemums inside one of the six still fully working greenhouses. In the past there were more than 25. 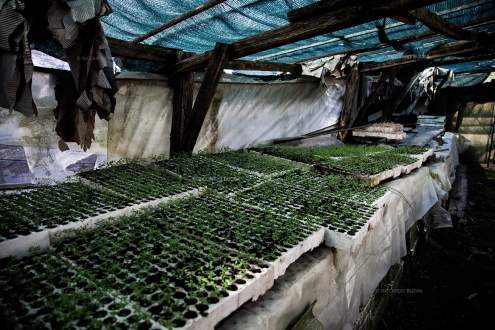 The planting of the sprouts is made in these sets of polystyrene box, inside the shacks where the floriculturists work and guard their tools. 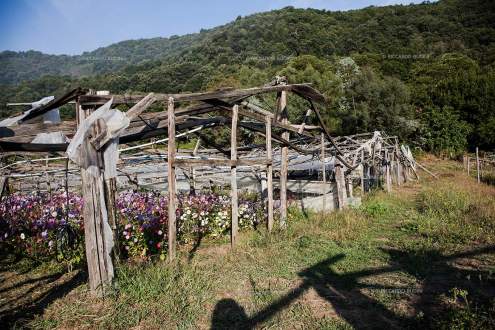 Asters are cultivated in the dismissed greenhouses 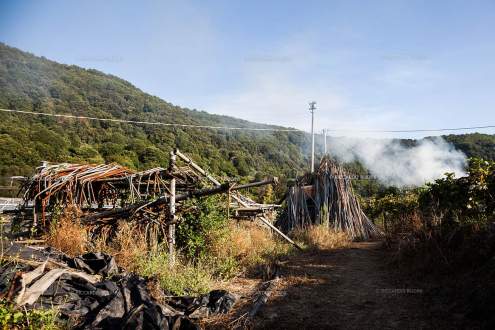 Dismantled greenhouses waiting to be recycled. The area will be freed and converted for other activities. They were made of simple components, pipes as bearing elements, beams and timber joists, plastic sheets. 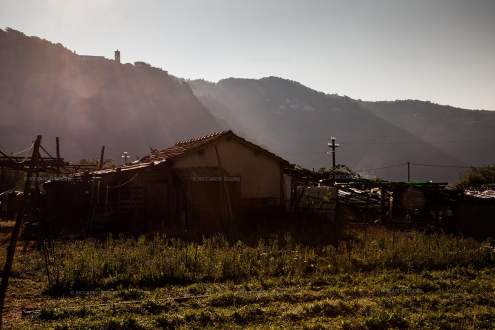 The sun is climbing over the ridges and in a short time it will become too hot and wet for working efficiently. At 11 am it’s time to get back to the upper Nemi village with the flower bouquets just packed in the small farm. 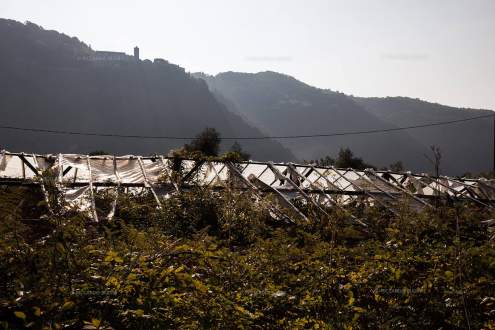 Abandoned flowers greenhouses are slowly crumbling and being swallowed by ferns and creepers. Nemi’s Ruspoli Palace dominates from the highest ridge of the crater. 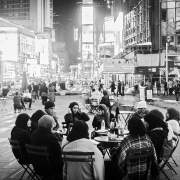 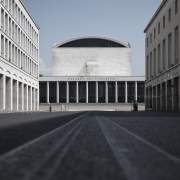 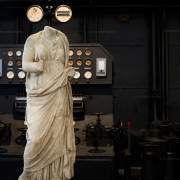 Centrale Montemartini, One of a Kind Museum 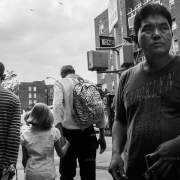 Silent gentrification in the heart of Queens 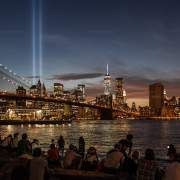 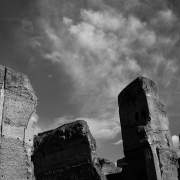 Living with Migraine
Scroll to top
We use cookies to ensure that we give you the best experience on our website. If you continue without changing your settings, we'll assume that you are happy to receive all cookies on this website. However, you can change your cookie settings at any time clicking on settings button OkPrivacy Policy / Settings