Last night it snowed and I could not use neither t

My sister trains her dogs under a large oak tree.

Working on the lastest two prints. These are going

R.i.p. Badalamenti. A tribute from The Secret Fore

My unusual foray into natural landscape photography. Deeply struck by the beauty of this place, I felt in every way like travelling to a distant planet loosing often contact with the rest of the world during my two days solitary ascent to the upper plateau.

This is in the Appennini mountains, in Central Italy. Campo Imperatore’s grassland is also known locally as the Little Tibet. From here mountain climbers start to ascend the peaks of Gran Sasso d’Italia, the highest mountain in the Appennini and host of the southernmost glacier of Europe. 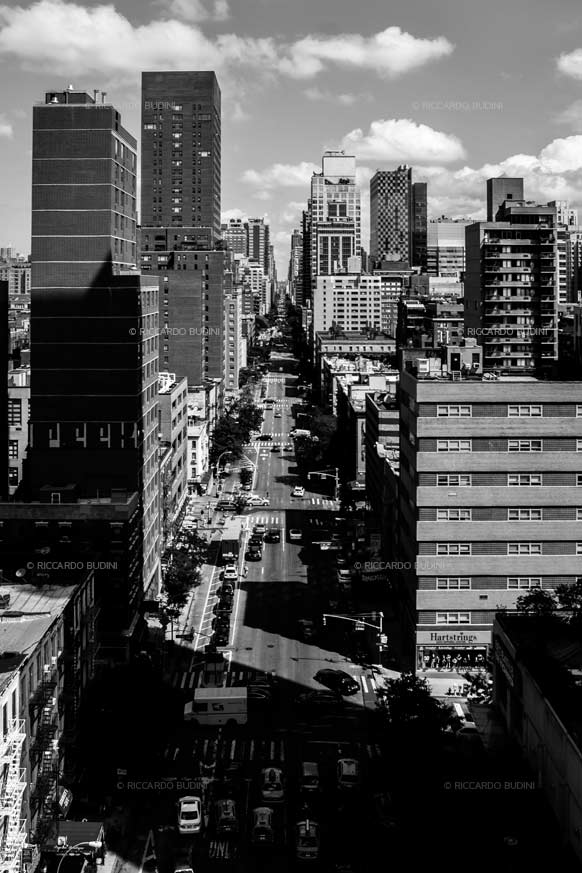 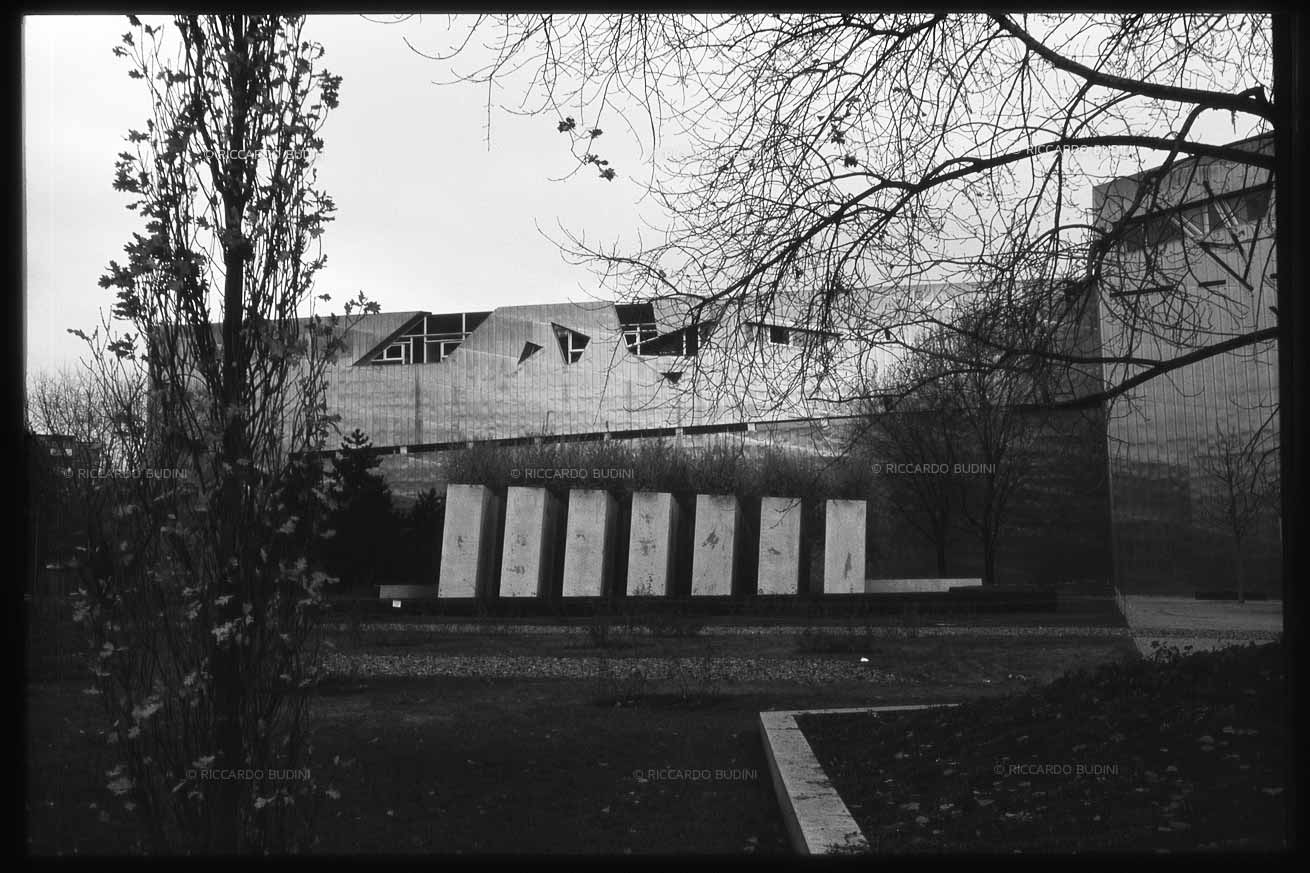 Jüdisches Museum Berlin
The Jewish Museum. Olives in the Garden of Exile with the Museum’s main building in the background. The museum complex is composed by two buildings, the old “Kollegienhaus” and deconstructivist-style building by architect Daniel Libeskind.
At the time of the photograph (fall 2000) the museum was recently opened to the public to allow the visit of empty structures only. Collections, library and archives of German-Jewish history weren’t moved yet into the building.
Berlin Germany. Year 2000 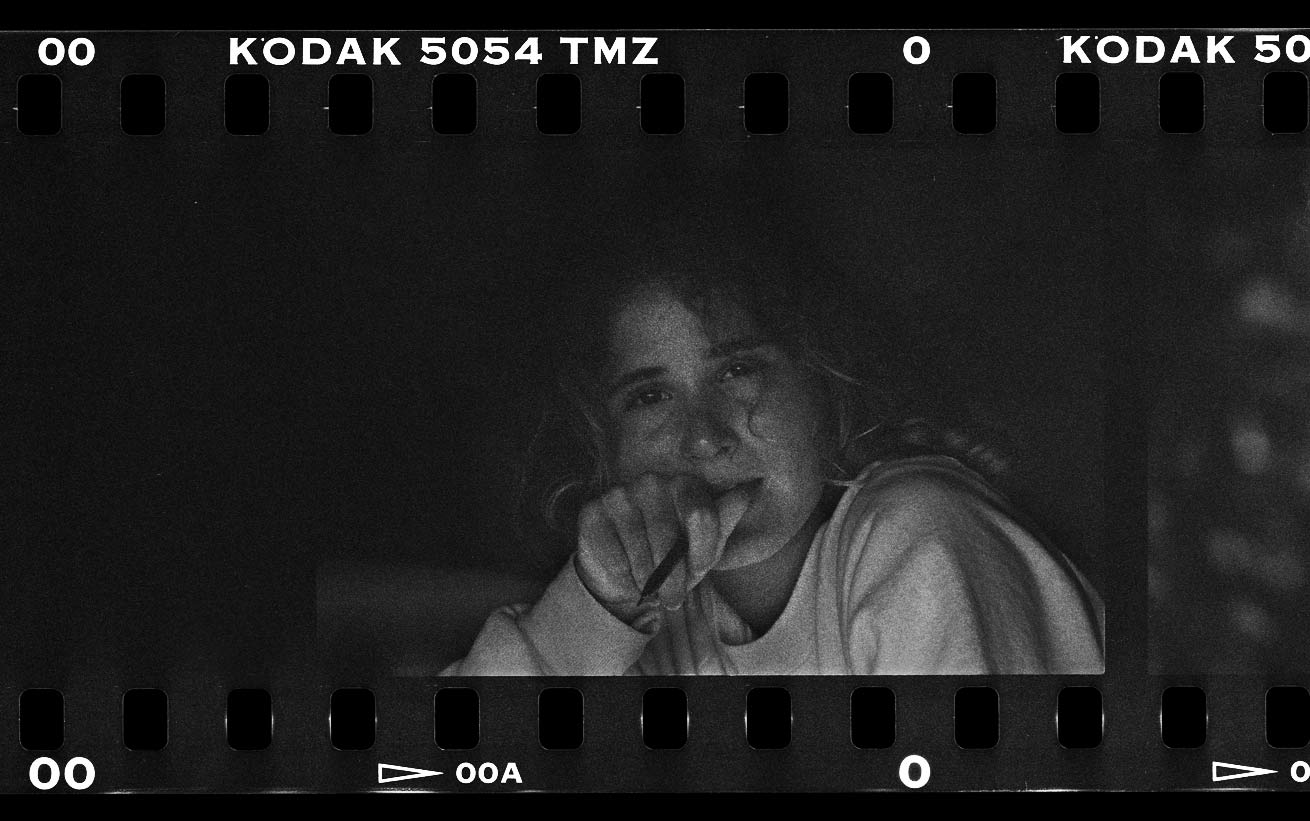 My sister while she was studying the first year of architecture. Inspired by her work, I followed her same route later. At that time I was messing around with high sensitivity film and chemicals to get a few pictures .

PreviousNext
1234
In 1997-98 I was living in the Basque Country and I had the opportunity to see and take photos of the construction site of the Guggenheim in its advanced stage.

The Guggenheim Museum Bilbao is a museum of modern and contemporary art, architecture by Arch. Frank O. Gehry. The building is made of stone, glass and titanium panels. It  is located along the Nervión River in the old industrial heart of Bilbao.
The original design impacted and influenced the urban pattern of the city and, more in general, the contemporary architectural movement. 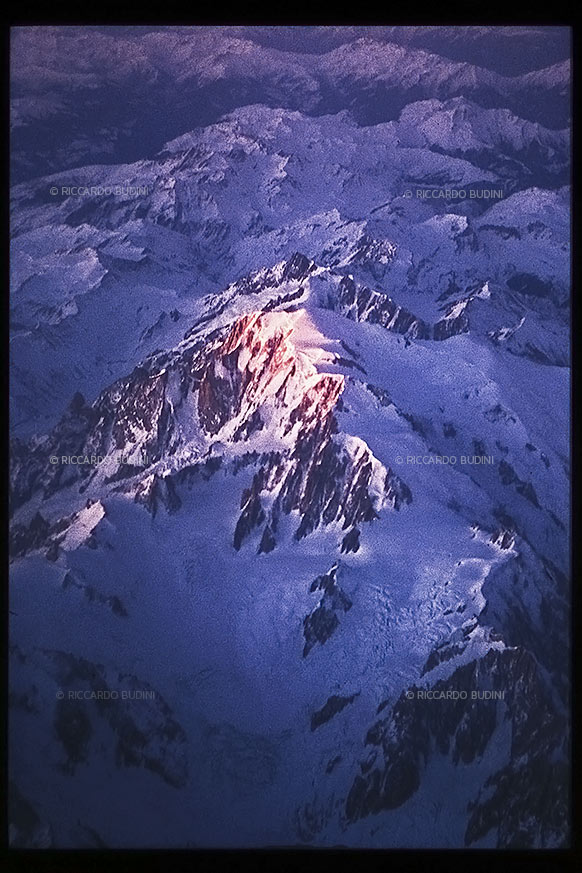 The summit of Monte Bianco or Mont Blanc at dawn

This is most likely my first aerial picture taken. I was heading to Geneva, Switzerland on a commercial flight and I had the luck to spot the giant at dawn with its peak blessed by the morning light.  Shot on Ektachrome transparency.

The summit of Monte Bianco or Mont Blanc – both meaning “White Mountain” – is the highest peak in the Alps and in Europe with its elevation of 4,807 m (15,771 ft). The location of the summit is on the watershed line between Italy [R] and France. The glacier is visible at the bottom of the image. 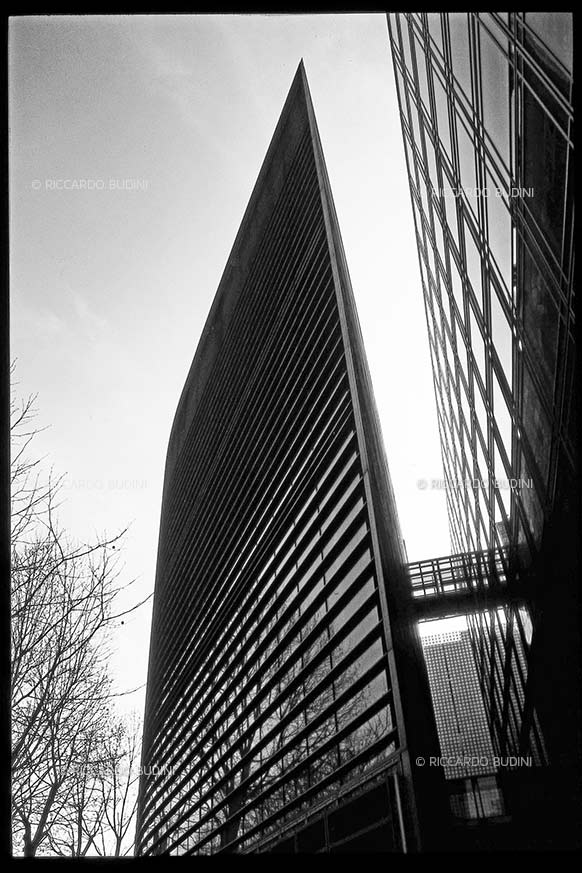 Arab World Institute, Institut du Monde Arabe, IMA. The river Seine façade. Architecture by  Architecture-Studio together with Arch. Jean Nouvel.
The Arab World Institute is a private foundation founded in Paris in 1980 by members of the League of Arab States with France, to promote and disseminate information about the Arab world and its cultural and spiritual values. The AWI is also committed to promote dialogue between East and West. 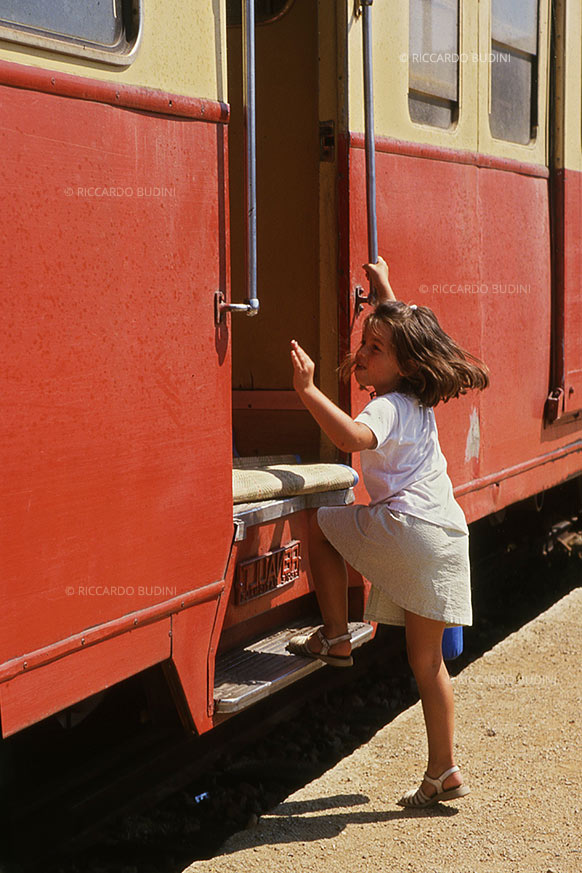 I shot this picture in 2001 when I was travelling alone to meet some friends in Bastia, Corsica. On that morning I came across the assassination of Jean-Michel Rossi, a former leader of the Corsican separatist A Cuncolta. Some 50 bullets were shot during the ambush. Jean-Michel’s bodyguard – Jean-Claude Fratacci – was also shot dead.

At that time, what most caught my attention was that just a few blocks away, in the small town center and in the train station, daily life was flowing apparently unaware of the dreadful terrorist attack. 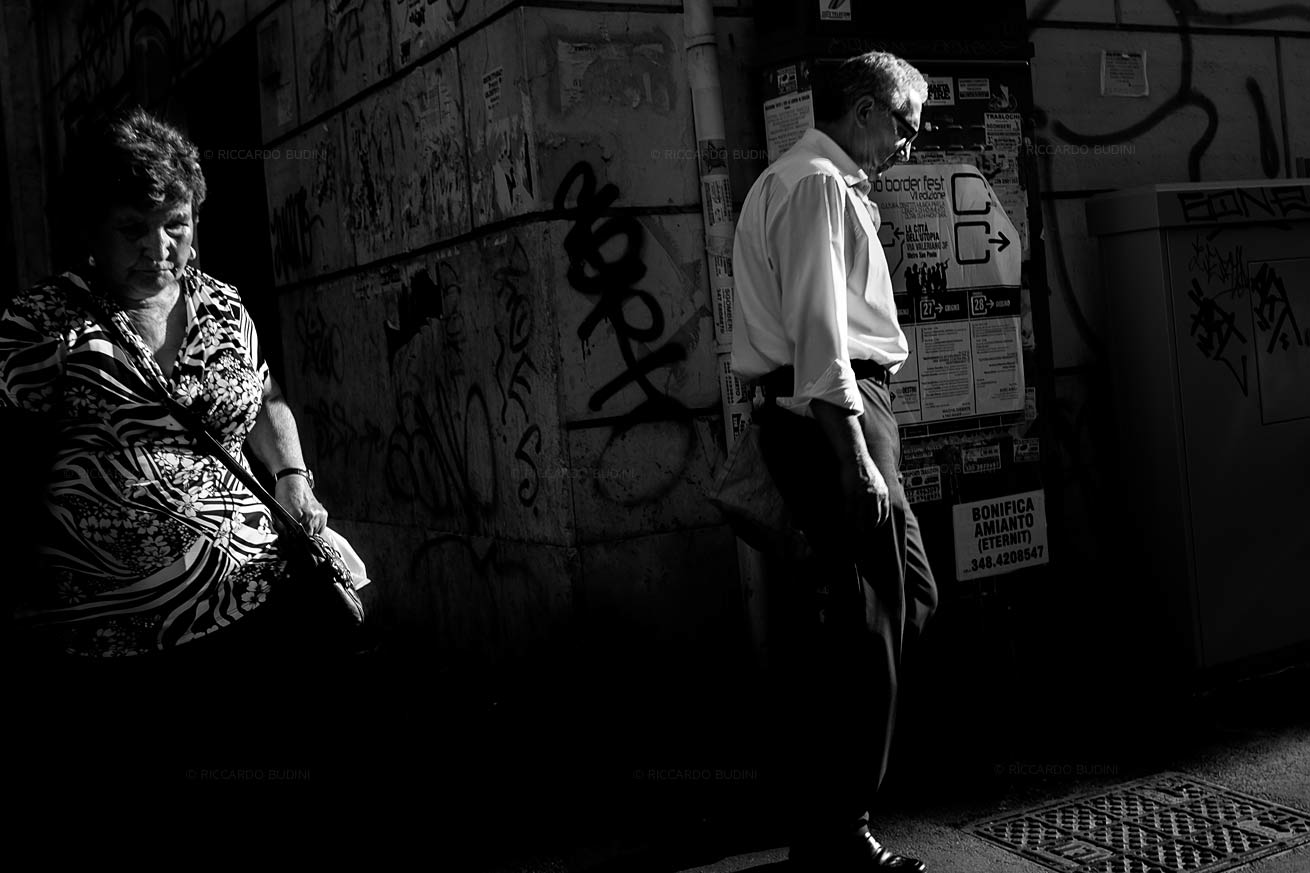 Elderly walking in the street during a hot summer afternoon. Rome, Italy. July 08, 2015 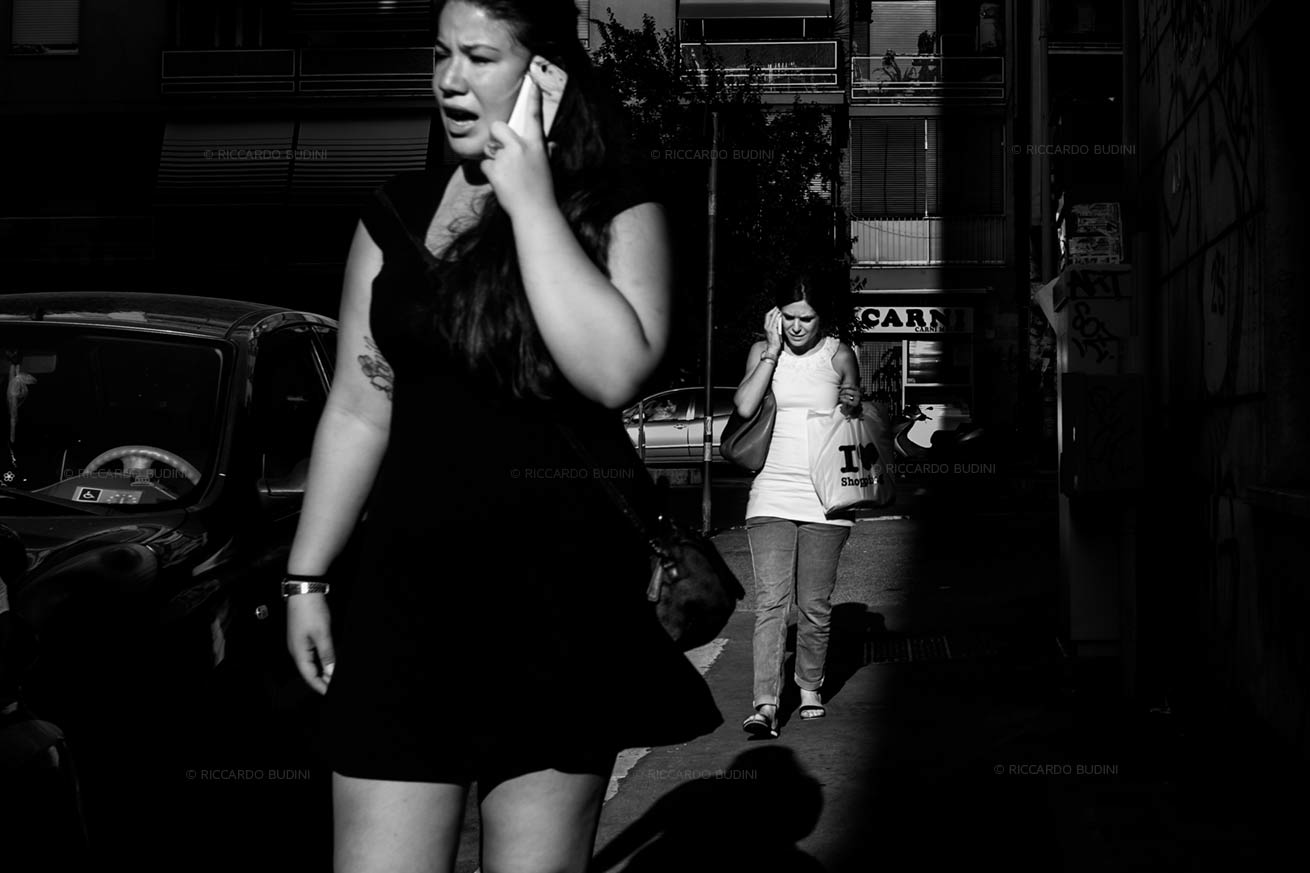 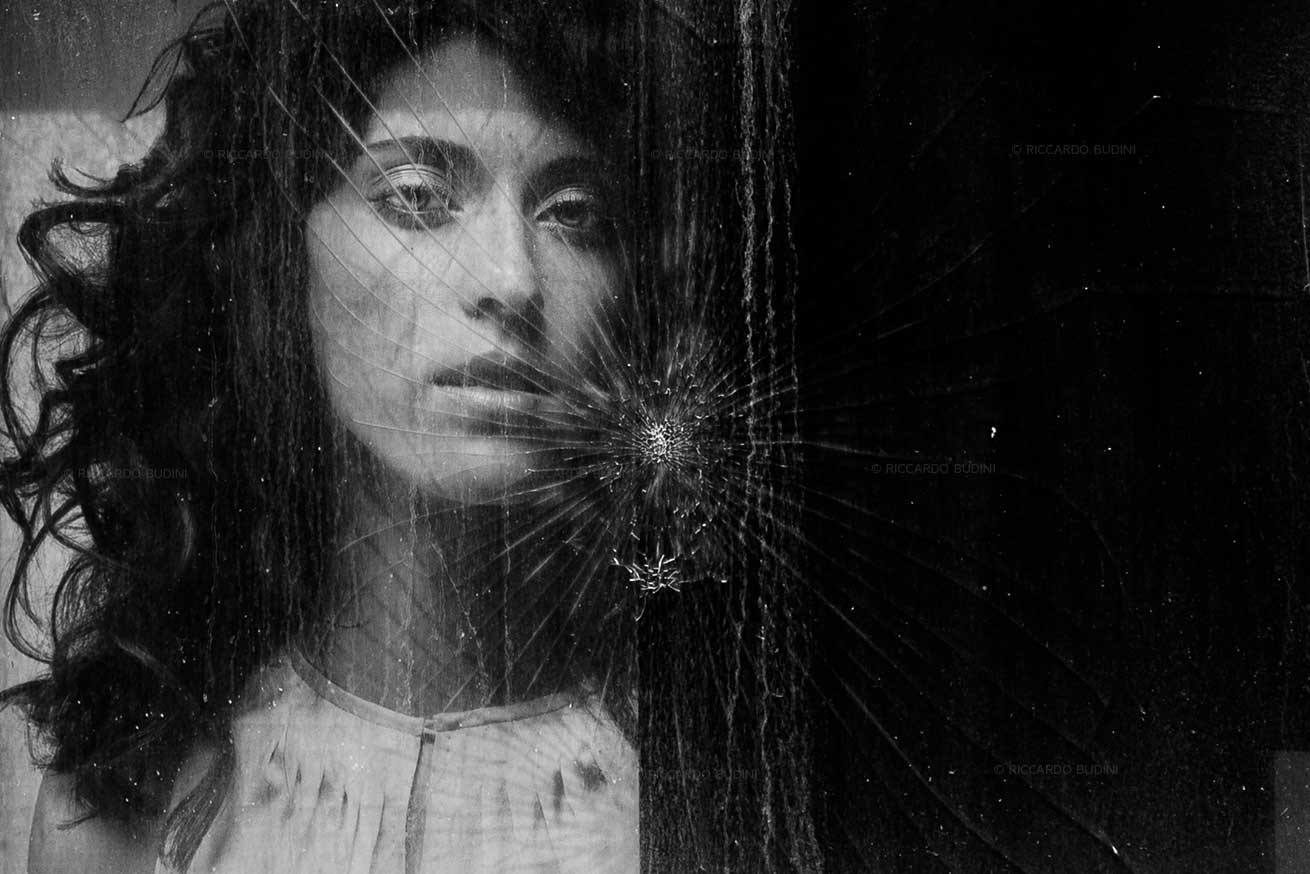 Beauty salon window after the earthquake.
Red Zone, cordoning off the medieval center of L’Aquila, fled on a deadly night of six years ago, still shows the signs of an abruptly interrupted life. L’Aquila, Italy. Apr. 10, 2015 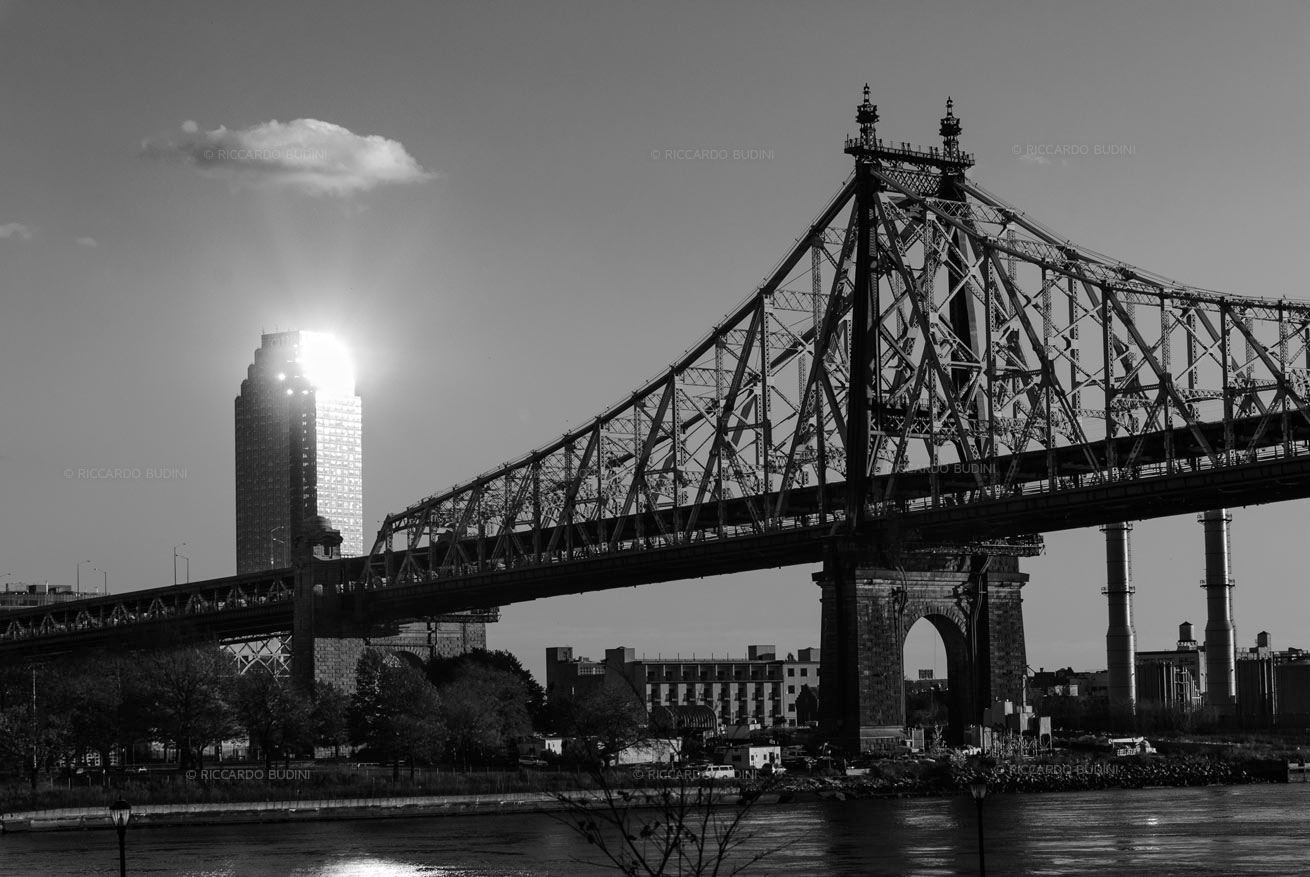 Queensboro bridge is the upper door to Queens. It has two layers, the upper one lands on Long Island City while the lower one deepens into the borough’s core through Queens Boulevard, for a quick access to Roosevelt Av.
Citicorp building dominates alone Long Island City turning itself into a powerful light beacon at each sunset.  New York.

The pictures of this unique museum in Rome I have been recently shooting are available to see on UnFrame.

There are no matches for this place and even though it’s a bit  off the beaten path, it deserves a visit at least once in life. To see complete information on this an old thermal power station brilliantly converted into a musuem, go to UnFrame

I’ve recently been awarded two honorable mentions at International Photography awards in the One shot: “Home” competition with two photos titled “Sister” (which is part of an ongoing work) and “Muslim women in Times Square” 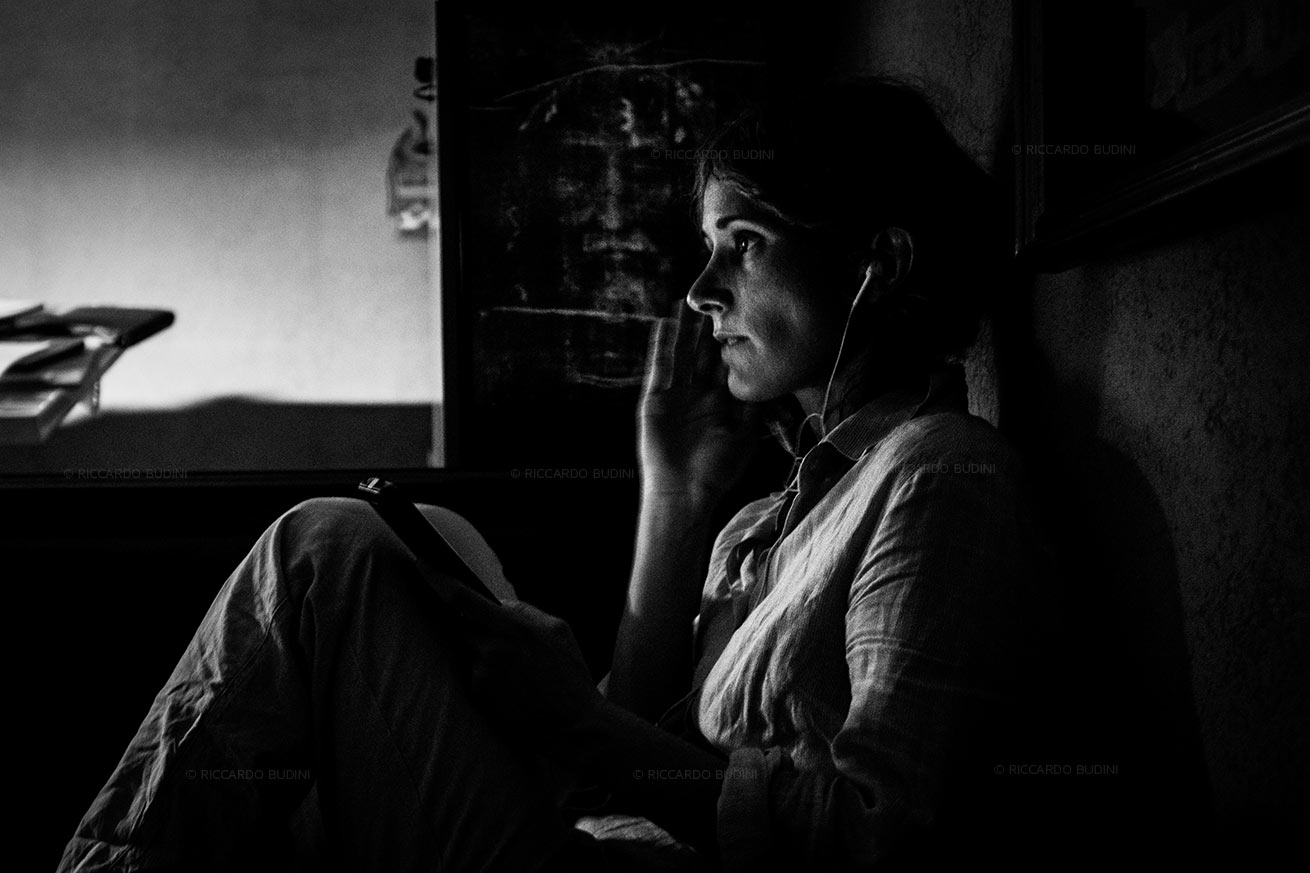 My sister while she listens to her daily prayers on earphones. She is the only member of my birth family and her home was once my home. Visiting her is a deep trip into my roots. (Extrait from an ongoing work). Honorable mention in professional “Person” category 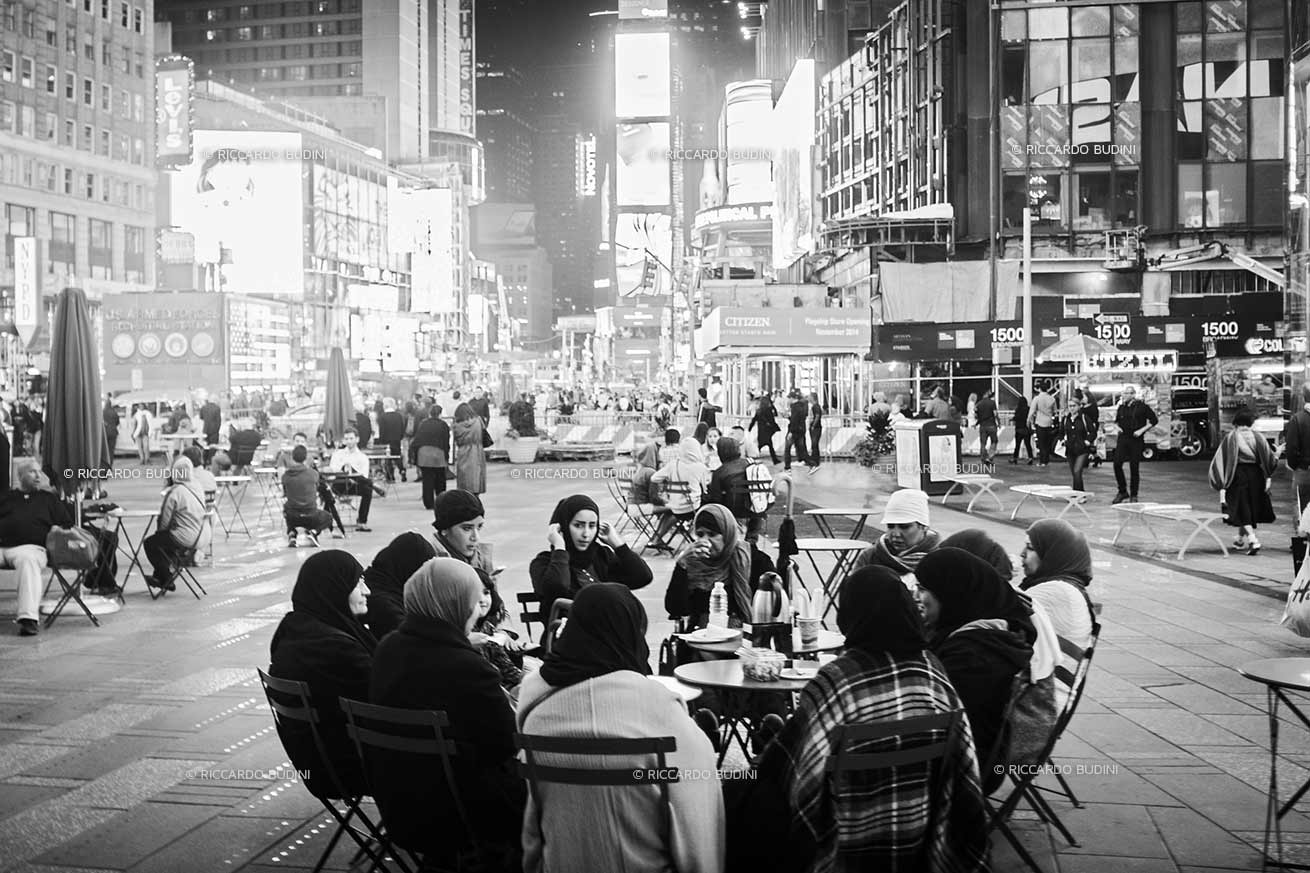 A group of Muslim women in the crossroads of Times Square have a meal feeling like at home, comfortably following their tradition..
New York, USA. Sept. 13, 2014. Honorable mention in professional “Place” category 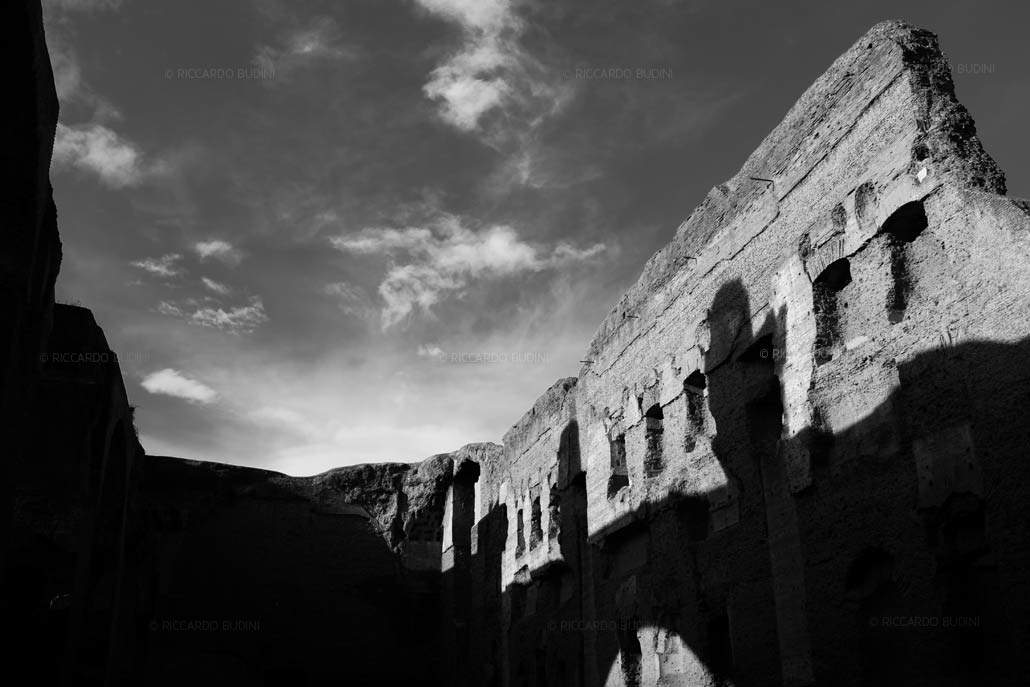 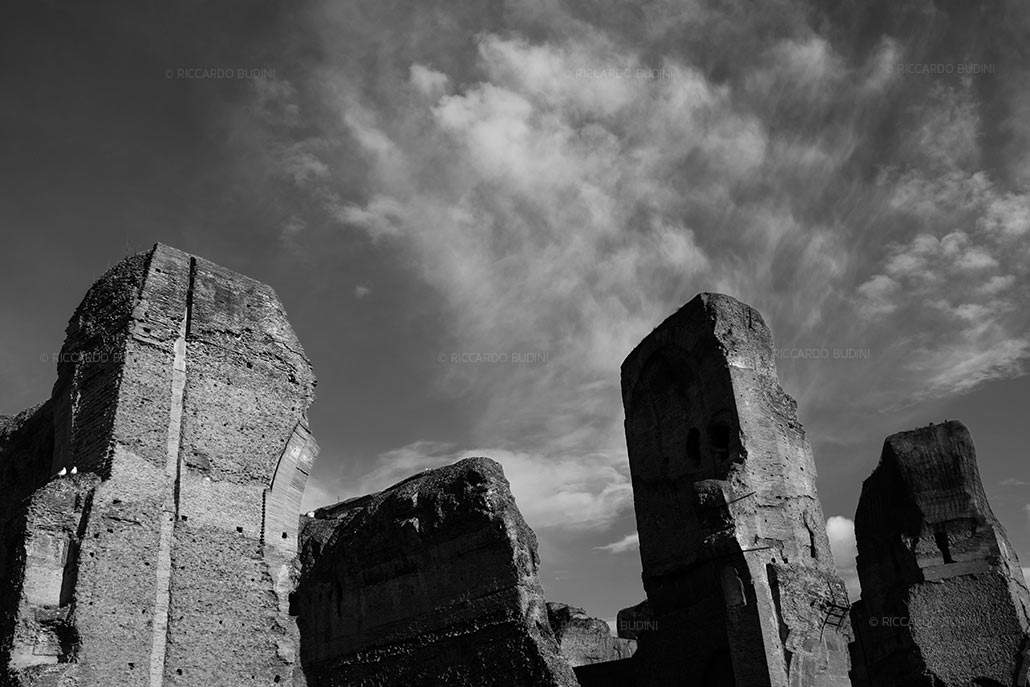 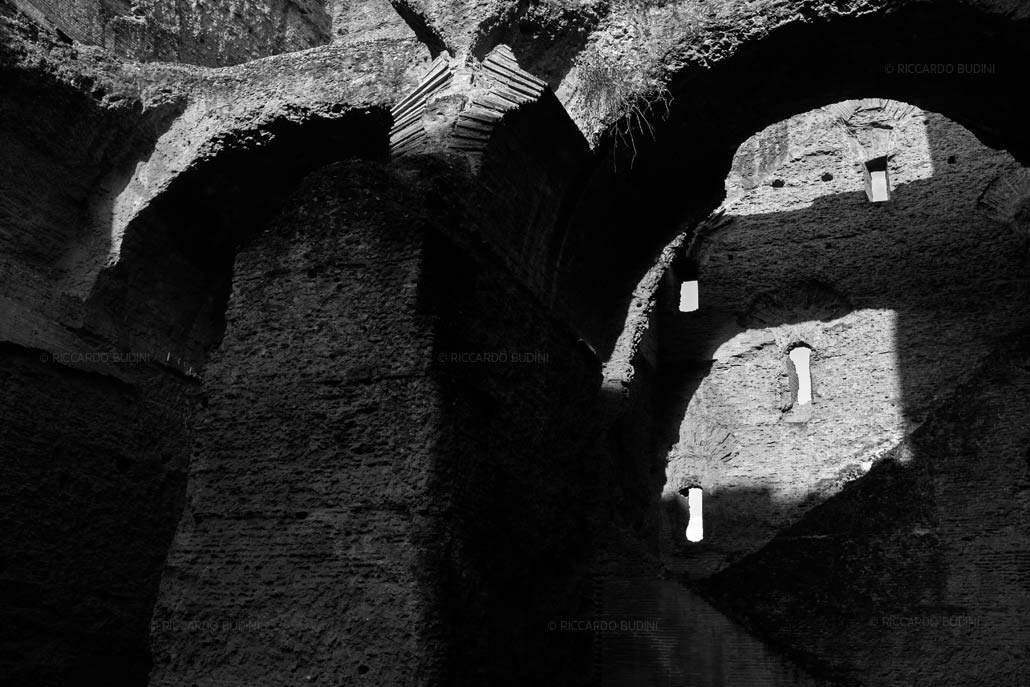 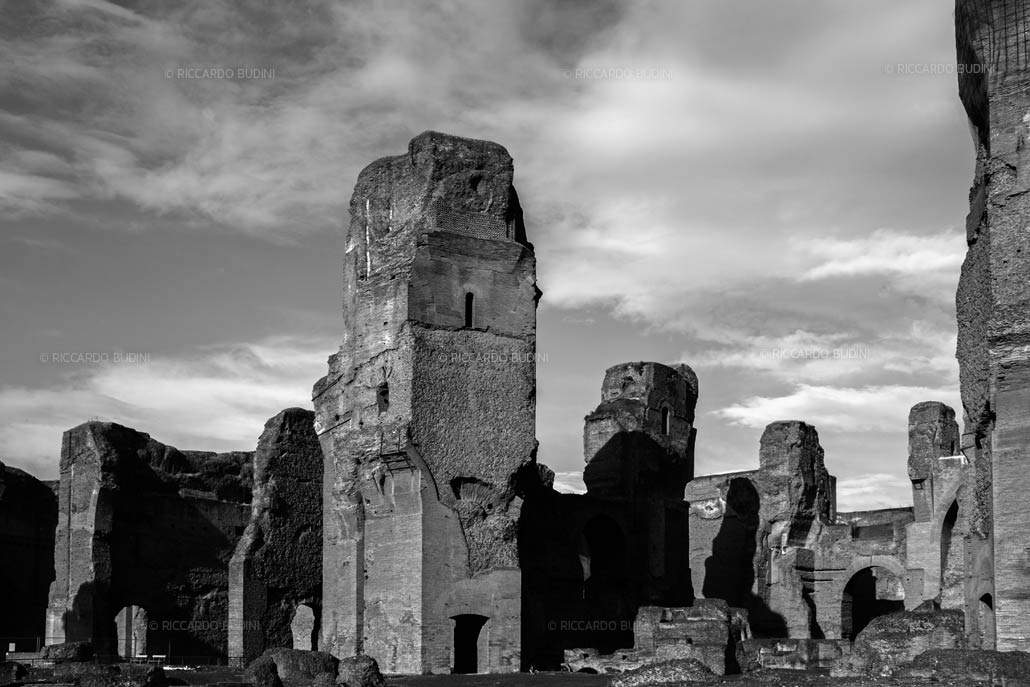 Absolutely concrete is a study in its infancy